Traditional West Papuans weapons are widely used on the earth of Cenderawasih to hunt and find food to meet the needs of life. Additionally, native Papuans utilize weapons to defend themselves from hostile assaults. Let’s get to know 4 of them today! 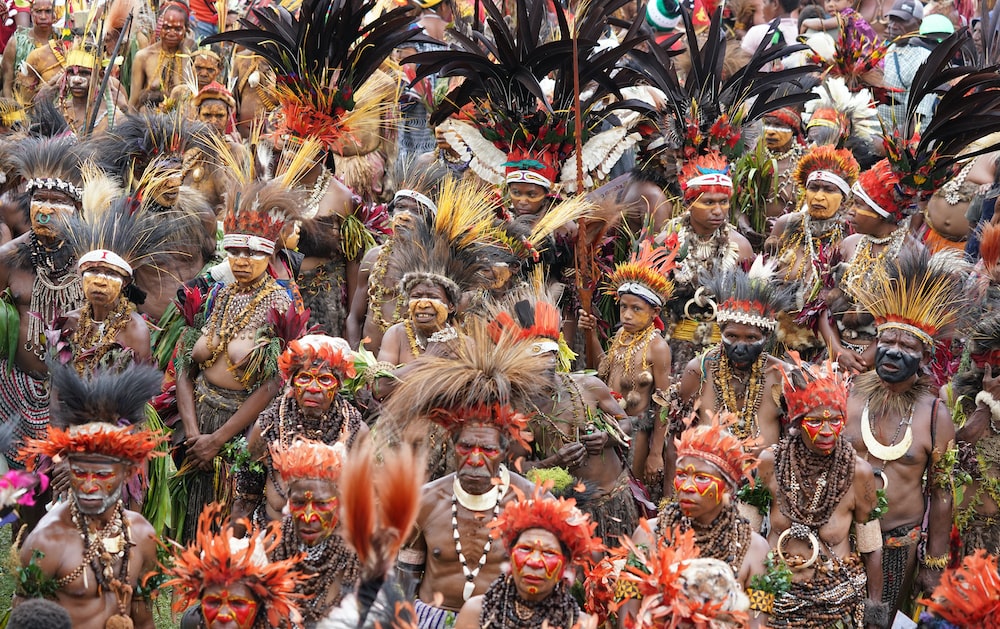 In general, traditional weapons function to defend life, protect themselves from enemies, and fight groups if anyone wants to oppress them. In terms of economic development, Papua may still be gradual, but gradually it can still develop. This development has made the Papuan tribe a respected tribe.

The dagger of the Cassowary Bone is not too long, but its sharpness can scare the enemy. Traditional West Papuans weapons are metal. However, they constructed this ordinary dagger from cassowary bird bones.

The tip of this blade is sharp, and there are feathers to the hilt. Additionally, the weapon used dyed braided leather white to embellish the dagger—another decoration in the form of shells affixed to the feathers of a cassowary.

The Asmat Tribe first introduced a dagger. Weapons are thought to be reserved for proper executions exclusively. Today, males in Papua New Guinea wear guns in addition to their traditional attire. Men can wear it by tying it around their waists.

Bows and arrows are the most famous and frequently used of the various traditional Papuan weapons. This weapon is usually for hunting pigs and other wild animals. In addition, the frequent conflicts between groups make these weapons also often used as tools for war.

The bow is made of Rumi wood with a string of rattan. At the same time, the arrows are made of wood with arrowheads from sharpened animal bones. The arrowheads are generally given a liquid poison from the sap of forest plants to increase the lethal effect.

The spear is one of the traditional West Papuans weapons that local people use to hunt for food. This spear is made of wood with a length of 3-4 meters and is very sharp at the end so that it can kill prey. Spears are used as a tool for war because by having a sharp spear, it will be able to penetrate the animals’ bodies to death.

The sculpture is a traditional West Papuans weapon with various uses, such as cutting rattan for weaving, piercing trees, and emergency tools for stabbing enemies during war. However, most of its features have now shifted to devices used in the carpentry arena.

According to history, this sculpture in ancient times was a tool used to cut the fingers of the deceased’s family. Unfortunately, the government has outlawed this culture, which industrial settings can only employ. The process of making this West Papuans traditional weapon is not complicated. For added convenience, craftsmen usually add thin wooden rolls.

As one of Papua’s traditional weapons, the sculpture is closely related to local culture. To maintain Papuan cultural identity, the genetic heritage carries the strength and originality of culture. Papuan culture is one of Indonesia’s cultural heritages that we should be proud of, and we all must preserve it at all times.

You’ve reached the end of a discussion of 5 Tribal Papuan & West Papuans Traditional Weapons, along with their explanations. Hopefully, it will add to our knowledge and insight into the cultural richness of the archipelago, especially traditional weapons.

As one of the southern parts of Indonesia, not many tourists know about west Papua. Most likely, Indonesia is only known for its mainland, java, Sumatra, or Bali. But, the west Papua province has a […]

The Future Of Management Water Resources in The West Papua Region

West Papua Province is below the equator with 0–100-meters above sea level. This region mostly has areas of mountain peaks, valleys, coasts, and plains. For this reason, this province needs to manage the availability of […]

Triton Bay Beach is one of the most beautiful beaches in West Papua. Even some tourists call it as the lost paradise. Many people think that the beauty looks like a painting, an art. It’s […]