A collection of regional tribes known as the Hatam live in West Papua’s Arfak Mountains, Warmare District, and Manokwari Regency. These collections regard as belonging to the Arfak tribal group. Let’s learn about one of the West Papua Daily life of the Hatam Tribe. 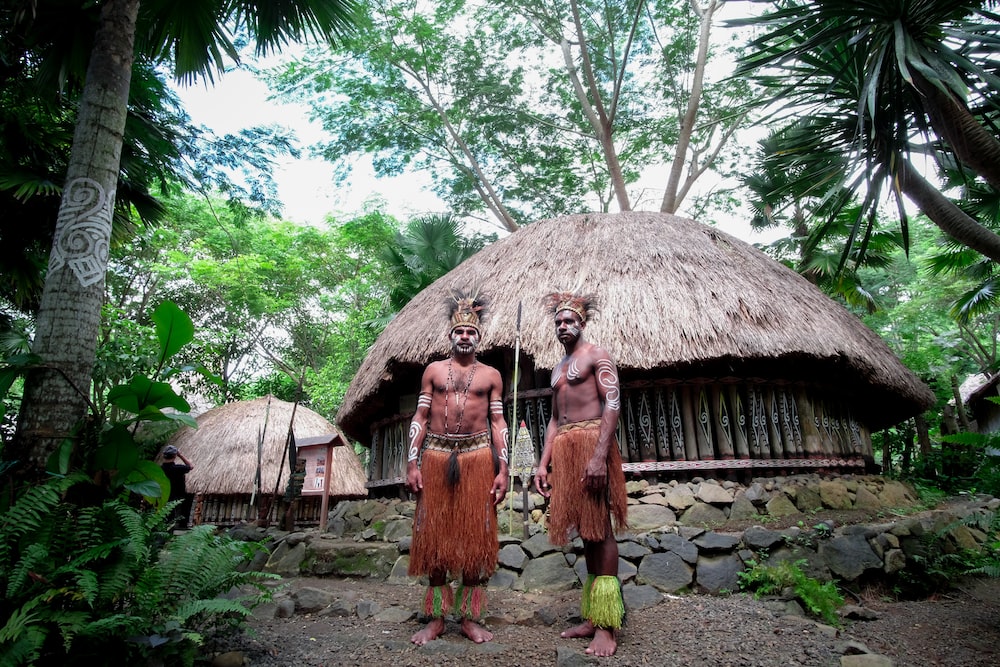 The Hatam ethnic group lives in the Warmare District, Manokwari Regency, West Papua. Astronomically, the region is located at 015 north latitude and 325 south latitude, 13445 east longitude, and 13235 west longitudes. The area where they live is 37,901 Km2 with different typographical conditions.

Some are in the form of coastal and mountainous regions with an altitude of 495 m to 2985 m above sea level. The Arfak mountains, which have an area of 68,325 acres, include most of the hills in this area. The Hatam Tribe resides in Arfak’s mountainous region.

One of the West Papua Daily Life of Hatam Tribe

The culture was always close to the society, and it became a habit in West Papuan’s daily life. It would emanate from future generations either deliberately or unwittingly. That was why every community would always have its own culture. West Papua was an example of the Eastern part of Indonesia that was resident by various ethnic groups.

The forms of acculturations were substitution, syncretism, addition, origination, deculturation, and denial. The cultural acculturations made the society in West Papua could live side by side, and they still carried out their respective cultures.

Like the West Papua daily life, the Hatam Tribe generally lives by relying on natural resources. They rely heavily on their livelihoods through the forests and cultivating rice fields. Most of these natural resources they used for subsistence economic activities, namely economic activities that are only used to meet their daily needs, not commercialization or collectively.

However, some Hatam Tribes also carry out collective economic activities provided their basic needs through the subsistence economy have been met first.

They make ends meet with subsistence farming, gathering, and hunting. Their agricultural products include chili, cassava, soybeans, and bananas. Like individuals in other tropical climes who often also make a living as traditional farmers, these occupations preserved for thousands of years.

The division of labor or responsibilities between men and women is necessary for these farming operations. This one of West Papua daily life of Hatam Tribe is very traditional.

Men usually clear the fields, cut down large trees, chop wood branches, clean the remnants of dried twigs and leaves, and uses the charcoal from leaves as fertilizer to sow on newly opened fields.

The women’s group is responsible with sowing crops, caring for plants, and burning the last of the leaves and twigs. In the fields, they also gather produce including sweet potatoes, common vegetables, bananas, and sugar cane.

Forests, for them, have religious meaning, are untouchable, and have past, present, and future dimensions of time. The components of their existence, whether they be social, cultural, religious, economic, or political, are preserved in the land and the forests.

The land becomes the bond of relations from one generation to another of the Hatam Tribe. No wonder the Hatam tribe labeled the forest as diyebei dinieknye, which means land or forest that provides all their needs.

Sincerely, the forest provides food for the children of the Hatam Tribe. A forest is a place for them to depend on in all aspects of their life. Almost an inch of their life is spent interacting with the forest.

The Hatam Tribe with the newcomers. Especially since the 1970s, when transmigration programs were widespread in the state, they began to implement a more “modern” land management system after seeing the skills of the transmigrants in cultivating their land.

The change process became even more evident when in 1972, the government made a local transmigration policy where the Hatam Tribe, one of West Papua’s daily life, had the opportunity to live side by side with national transmigrants to cultivate the land.

Before colonization, the West Papuan in Indonesia followed a royal system that included the Majapahit kingdom, the Sriwijaya kingdom, the Mataram kingdom, and others. This period is known as the pre-colonial phase.  https://unsplash.com/photos/wCW_Gg_uJVE The term […]

Despite being referred to as the “City of Oil,” Sorong, West Papua, boasts various restaurants serving delectable food. This restaurant suggestion will surely fill your tummy with its selection of cuisines. Because it has many […]

The Indonesian Agricultural Ministry succeeded in maximizing Indonesia’s coffee commodities in the global scope. One of the coffees that the government pushed was from Papua and West Papua.  The Ministry took the coffee variants to […]